> Leisures > In the mountains 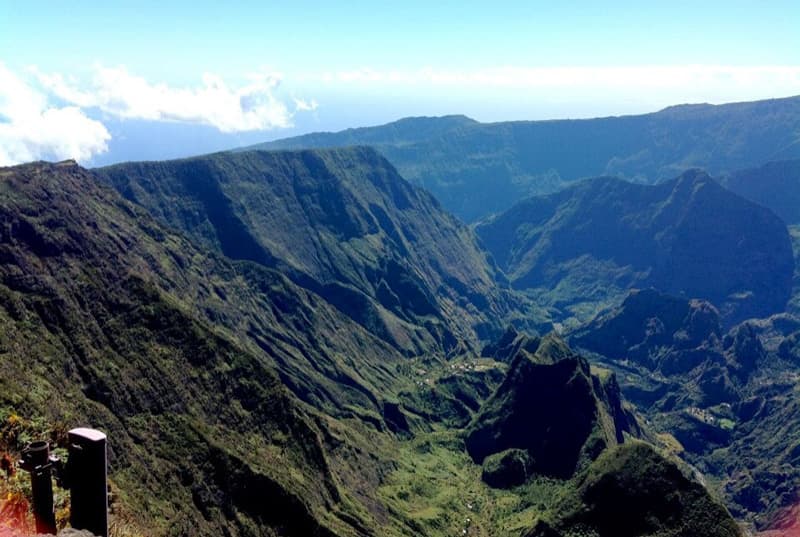 Reunion is primarily a mountainous and volcanic island. It is the only region in the world which combines an extinct volcano, the Piton des Neiges, which culminates at 3070 meters (over 10,000 feet), and one of the most active volcanos on the planet, the Piton de la Fournaise. This specificity has allowed the island to be listed a UNESCO World Heritage site since August 2010 as the "Pitons, cirques and remparts of Reunion island". The Piton des Neiges, an ancient volcano that gave birth to the island as it came out of the ses waters, in the center, is surrounded by three magnificent volcanic cirques: Salazie, Cilaos and Mafate. They are all three part of a massif with several peaks over 2000 meters (6,500 feet).
Both "Pitons" over 3000 m are separated by high plains: La Plaine des Cafres and La Plaine des Palmistes. To the southeast is the Piton de la Fournaise, a very active volcano at 2631 meters of altitude (8,630 feet). 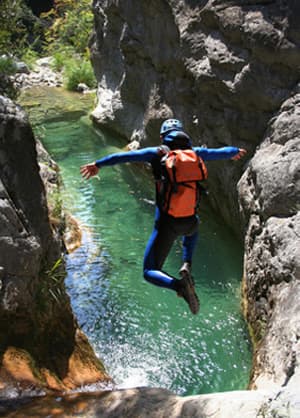 These mountains, with such specific terrain, offer visitors the opportunity to practice many outdoor activities :

- Descent the canyons or rock climbing the vertical Reunion

- Whitewater activities to descent the generous streams and vigorous waterfalls.

- Off-road trips with four-wheels drive and quad for motorsports fans.