ADA REUNION LOCATION offers cars and vans on www.ada-reunion.com. By making your reservation by internet, enjoy discounts up to 50%, as well as attractive offers to rent a car at the best price!
Up to 50% discount

EDEN Location offers a wide range of vehicles ranging from small city cars to sedans. They also provide you commercial vehicles. In order to satisfy you at best the offers are adapted to any type of budget. Unlimited mileage, comprehensive insurance, assistance 7/7 24/24, reception at airport.... From 19 € / day (rental of an advertising vehicle). Discover Paradise with Eden Location!
Rental from19€/day*!
St. Pierre

Vehicules
St Denis
MIK LOCATION is a car rental company, established in Reunion Island since 2000. We have more than 100 vehicles, clean and well maintained, from 4-seater city cars to 9-seater minibuses, unlimited km, only from St. Pierre. Transfer possible from the bus station or the Pierrefonds airport.
Vehicules
St Denis

20% off
on booking
JUMBO CAR is the specialist in car rental in Reunion. Booking on our site will allow you to get a 20% discount on public rates. Agencies at Roland Garros Airport , in St Paul and in St. Pierre.
20% off
on booking 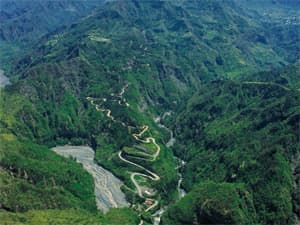 RN5 is the road to Cilaos, which runs from St. Louis to the cirque. An hour drive over about 35 km leads visitors along impressive cliffs with ï¿½papanguesï¿½ (local harriers), petrels and white-tailed tropicbirds, to the cirqueï¿½s supernatural charm. There, where 6200 inhabitants live, visitors can indulge in the benefits of spa treatments, hiking, enjoy the winery, the sparkling water, taste the famous lentils ...
The origins of the road
The attraction of the cirque, its baths in particular, required the construction of the road, which did not exist previously and isolated its inhabitants from the rest of the island. In 1832 the first path that allowed to go to Cilaos in a sedan chair was traced; 10 years later, an equestrian path was built; around 1900, one could walk to Cilaos in one day, on foot or in a sedan chair, to access the thermal baths; finally, in 1927 began the work of the existing road, which was delivered in 1932. But a time schedule was set to ascend and descend in order to avoid crossings. Today, hundreds of cars a day use this road, and 500,000 tourists a year let themselves be surprised by its magic. The RN5, between charm and risk
Indeed, before reaching Cilaos one is already enchanted by this picturesque route, suspended on a cliff, overlooking the ravines. We proceed along the winding roads, without knowing what may be behind every corner, and the adventure is fascinating. Especially since this original road offers magnificent views over the mountain villages, as Peter Both, Ilet Furcy, Petit Serrï¿½, Palmiste Rouge, over the bottom of the cirque, but also over more distant sites, including the Piton des Neiges, the Dimitile, the 3 Salazes ...
But the charm of the RN5 is also its danger: cliffs pose risks of landslides, turns (400!) are sometimes so tight that they only let one car at a time. Furthermore, they mask visibility, as well as tunnels, the access of which is limited to one vehicle, which must honk before getting in, to announce its presence. The road is regularly closed due to falling rocks most of the time, which isolates the cirque from the rest of the island for a more or less long period.
These drawbacks have led to the project of a new and safer road, which will include nine new structures. Work will begin in 2015 and should last ten years. The environment is to be preserved, and facilities are to be provided for even easier access to the most interesting sites. Thus the route to Cilaos shall retain its legendary charm. 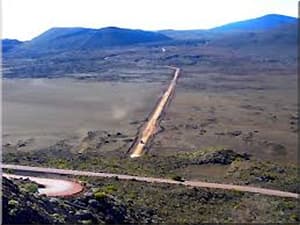 THE ROUTE OF THE VOLCANO

The "path to the volcano", as called in Reunion, is the forest road #5, which runs from Bourg-Murat, the Plaine des Cafres, through the Plaine des Sables and the east side of the volcano, to finish at the pass of Bellecombe just above the volcano, which is a popular point of view at an altitude of 2311 meters. The road, built in the '50s, is crossed in an hour.
Diverse and majestic landscapes
The road offers incomparable views over the Riviï¿½re des Remparts and the Plaine des Sables, among others. You can make stops at Nez de Boeuf, a summit at 7000 ft which offers a wonderful view, and the Piton de l' Eau where you can see the Piton des Neiges . Get back to your car and drive to the Commerson Crater , which also an incomparable view; drive on to the Pas de Sable , which dominates the plain of the same name and offers a spectacular picture.
Throughout the "chemin volcan" (the path to the volcano) different and unexpected landscapes pass before your eyes: first the village of La Grande Ferme, with its few houses and many pastures where cows seem to reign . The road is initially paved and extends into the soil and pebbles , allowing you to see conifers and tamarind forests, fanjans ( tree ferns ) , high-altitude vegetation; to the last traces of greenery made up of some shrubs , succeeds the desert of the Plaine des Sables.
A unique landscape: the Plaine des Sables
Referring to a lunar landscape, where red dominates, the Plaine des Sables is surprising. It comes from the eruption of Piton Chisny, which stands at an altitude of 650 ft, the projections of which have shaped the entire place. Its unreal aspect is further enhanced during fog, which happens frequently, and places the visitor in a most fantastic environment which has been the scene of several movie shoots.
This winding road is about 20 km long and driving along it gives us another surprising image of the island. As it passes through the Regional Natural Park, you can expect to be amazed by its environment, but much more than that, it is totally subjugating. 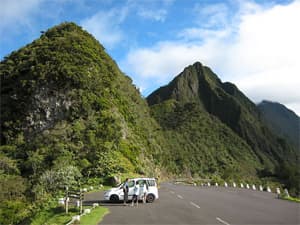 Salazie, a former refuge for runaway slaves, including Anchaing who gave his name to a peak, long remained isolated. It is now the most accessible of the three cirques, which attracts 80,000 visitors a year, as well as the most exposed to rainfall, which endows it with an abundant green vegetation, remarkable well before entering the villages, from the road.
A road with a fascinating setting ...
This road, going along the Riviï¿½re du Mï¿½t and through the villages of Mare-ï¿½-poule-dï¿½eau and Hell-Bourg, winds between the mountains overgrown with vegetation and covered with waterfalls. Between the chayotes, the emblem of the cirque, banana trees and other fruits and vegetables as well as many other more or less abundant plants, appear some waterfalls, the most famous of which is the "Bridal Veil" (ï¿½le voile de la mariï¿½eï¿½) which takes its name from its shape, between Salazie and Hell-Bourg. Water flows freely on the walls surrounding the road, where we are constantly bathed in an environment filled with freshness, other waterfalls stand out, such as the "piss-in-the air" which streams directly onto the road and the hoods of cars, or the White Cascade; curiosities such as "the crying rock" are also not to be missed.
... But a hard road
If this is scenic route is worth a look, traffic there is, however, not easy: it is a winding mountain road, with very tight and sometimes very dangerous bends. This is the case with the Z bend, soon to be redesigned. In addition to this there are landslide hazards and cliff collapses ... The 28.3 km road, which takes 20 minutes from Saint-Andrï¿½ to the cirque, is dangerous over 10 km.
The RD 48, despite the occasional dangers to which it exposes users, which are relatively easy to avoid very often, is the access road to Salazie, the motto of which is "In the heart the island shines". But way before arriving into the cirque, the visitor is already dazzled by the magnificent spectacle of the road, a gateway to paradise.